What you need to know about IUDs | TapGenes

What you need to know about IUDs It’s safe. It’s effective. And it’s not for everyone. Studies have shown an uptick of usage in intrauterine devices (IUDs) in recent years, as more women are opting for the long-lasting and easily reversible option of birth control.

As a newly FDA-approved IUD option named Liletta is expected to join the mix as early as this April. Liletta is similar to the more-familiar Mirena, which also contains hormones.

Even with this new option, there are many questions to ask and find answers for if you are a woman considering an IUD:  What type is best for me? Should it contain hormones, or is it better if it didn’t? Will it hurt? How long will it last? What else do I need to know?

“IUDs have been around for a long time, but I think they are still commonly misunderstood,” explained Dr. Amy Diestelhorst, of Froedtert and the Medical College of Wisconsin.

It remains a topic most women don’t speak openly about, yet Diestelhorst said it’s more important than ever for women to be informed. 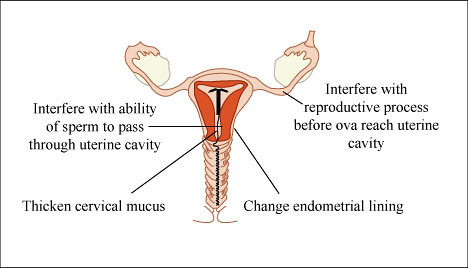 What you need to know about IUDs

What you need to know

The options within the option. Regardless of the type of IUD, the placement process is the same. A T-shaped device no larger than a quarter is inserted into the uterus by a doctor. What comes next is different for everyone, so it’s important to consider the option – primarily hormones or no hormones – that best suits your individual needs.

Mirena, which lasts five years, contains hormones that can help regulate heavy periods, or even reduce their frequency. Hormone-free Paragard is the longest-lasting option, lasting for ten years.

“The most important thing to remember about the timeframes associated with any of the options is that they are not written in stone,” Diestelhorst said. “Nothing commits anyone to that specific length of time.”

Times have changed. As the choices have evolved over the years, so has the reach.

“For a long time, there was a stigma about IUDs not being right for women who haven’t been pregnant yet,” Diestelhorst said. That’s no longer the case with options like Paragard, as it is a bit smaller and may be a better fit for women who have not given birth.

That is how it worked for April Cleavland, of Wisconsin, who has been using Paragard since 2008. Cleavland has not had children and experiences stroke symptoms with migraines, so her doctor didn’t want to put her at additional risk by using an IUD with hormones. Though the initial adjustment to it wasn’t easy, Cleavland said she would recommend it because it felt to her “like a healthier way to live.”

It may hurt. IUDs are effective immediately, and Diestelhorst said most women can get pregnant within a month or two of removal. But the time it takes for the body to adjust to its presence – as long as six months – may come as a surprise.

“I warn all of my patients that they may not love it for the first three months as their bodies go through an adjustment,” Diestelhorst said. “It may be up to six months before they feel back to normal again and I just don’t want them to be surprised.”

Yet that is exactly what happens to many women as they work through the challenges of those first few months. Though it isn’t common, the procedure can be painful and the immediate aftermath can be worse. Users of Paragard report actually having heavier, longer and more uncomfortable periods, which can be especially jarring to someone who transitions to IUDs from oral contraceptives.

Bad things do happen. “For the vast majority of women, it is a very safe, hassle-free option, but it’s my job to help make sure each of my patients understand there are risks for some pretty serious complications that can happen with any kind of contraception,” Diestelhorst said. “IUDs are no different.”

Though cases are rare, the most commonly reported issues involve the IUD getting jarred loose and falling out or embedding and/or puncturing the uterus.

“I just wish I’d have read up on it and seen what others went through,” said Wisconsin mother of three Tiffany Dedering. She opted to have Mirena removed after three months due to the pain she experienced.

Rachelle Rae Berry of Massachusetts had a completely different experience with her three-year use of Mirena.

“I loved it,” she said. “I had really heavy periods and oral contraceptives were messing with my hormones…I stopped having periods entirely, which was actually kind of nice.”

Science and statistics and research aside, Diestelhorst said the only person who ultimately knows what is best for you is you.

“Listen to your body,” she said. “That’s really one of the most important things you can do.”

Ty Schmidt is a freelance writer, newspaper reporter and mother of (soon-to-be) two boys in Milwaukee, Wisconsin. She has degrees in communications and psychology, as well as a master’s degree in clinical psychology she puts to good use. Her work has been published by LadiesLife, MenomoneeFalls NOW, Germantown NOW and Poetic Food 4 Thought.

TapGenes Take Away: Before you opt for an IUD, here’s what women need to know about hormones, placement, if it hurts and if it is right for your body and life.

The most common arguments between couples

What’s your risk of breast cancer?

We all need to have those​ conversations with our children, but sometimes we don’t know where to start! Here are a few helpful tips. Download our FREE EBOOK for all the information you need in one spot!