Recovering Addicts Offer Advice on Making the Most of Treatment | TapGenes

Recovering Addicts Offer Advice on Making the Most of Treatment

‘Don’t be scared to say it’ : Recovering Addicts Offer Advice on Making the Most of Treatment 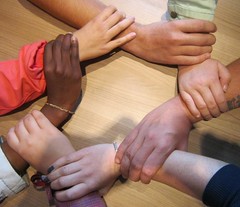 Some who struggle with a drug or alcohol addiction believe rehabilitation won’t help. Perhaps they’ve seen others enter rehab only to return to their old ways immediately after returning home. Maybe they think there’s nothing new anyone can do or say to change their habits. But the recovering addicts I recently spoke to told me that it’s crucial to make the most of treatment while you’re there if you want the effects to last. Here are a few of the insights they shared with me.

Be willing to open up

There’s a major stigma when it comes to addiction, and that can make it difficult for someone to open up about it. Christy acknowledges that overcoming that fear is a hurdle, but it’s one with an amazing reward.

“In order to get help, you have to be willing to put it out there. You have to tell people about it. Otherwise, how can they help you? And when you do that at treatment, they’re not going to run for the woods. Everybody there has a history. They’re going to wrap their arms around you and say that it’s going to be OK,” she explained.

Opening up and finding that sense of acceptance isn’t just about feeling better, it’s about getting better, too.

“Don’t be scared to say it,” Christy emphasized. “Otherwise, you can’t get the help you want.”

Be confident it’s the right thing for your kids

For parents battling a substance use disorder, going to rehab means leaving their children — and that isn’t easy. Ryan said he decided to look at his time in treatment as a positive opportunity for his daughter.

“I believe that little bit of time away is going to make your relationship with [your kids] so much better,” he said. “Madison turns four in December, so she’s so young, but even for the older kids, they just want their parents back — their real parents. They’re going to see a difference, and it’s going to make their relationship all the better.”

Ryan surmised that while the time away felt like forever, it was ultimately an investment for the future. A brighter, happier future.

“I decided that I’d rather take the time away to get the help that I needed. It’s the best gift you can give to your child. You don’t want to be on the other end of that, missing ballet recitals and missing ball games,” he said.

Have faith in the program

It’s natural to enter treatment with a few doubts, but according to Jeff, who received help from the Treehouse in Texas, you have to be open to what your counselors and peers are telling you. After all, many of them have been where you are and already know what works and what doesn’t.

“When I was first there, I still had this thought that I could still drink when I got out, I could still smoke weed on occasion, or I could take a pill here and there,” he confessed. “Opening up and talking to people and doing the 12 steps relieved me and took away the urges to even want to test that. It took away all of the temptation. I realized, ‘You can’t do that. It’s not in the cards. And that’s OK.’”

If you’re even just thinking of entering treatment, your way probably hasn’t been working out. So what do you have left to lose by trying someone else’s way? It might just lead you to the life you want.

“Life has not been what I expected it to be when I got out — in a very beautiful way,” Jeff concluded.

Cecelia Johnson believes strongly in the power of good deeds and recognizing great work. She works with RecognitionWorks to recognize those who’ve been awarded for exemplary work. Cecelia hopes to help build stronger, more altruistic communities and citizens.